Do Mazdas Hold Their Value?

Mazda has certainly earned itself a reputation for producing highly reliable vehicles over the years. While a majority of cars depreciate over time, some of them retain their value better than others. This is something important to consider before choosing a certain vehicle.

There is no doubt that Mazda vehicles are known for being reliable. The engines of these cars in particular hold up very well over the long term.

Most people are willing to spend a little bit more on a used car that is known for not breaking down often. Mazdas don’t have a lot of problems, and when they do they aren’t usually expensive to fix. This goes a long way towards making these vehicles fairly valuable even several years after you buy one new.

The parts that these cars need are easy to find and don’t cost much. These are huge positives for someone who is on the lookout for a reliable used vehicle.

The more reliable a vehicle is, the more you will be able to get for it on resale. Mazda is one of the most dependable names in the automotive industry today. Their vehicles are very durable, which means they hold up exceptionally well as a whole.

The fact is that the brand name of a car has a huge impact on how valuable it remains over time. Everybody knows Mazda cars are solid, so it has a sterling reputation, which helps a lot.

Another reason why Mazdas tend to retain their value over the years is because of all the features they offer. You will find that even most of the base models are packed with all sorts of great things that other cars on the market don’t have.

The 2019 Mazda 3 Sedan has a 7-inch LCD display, two USB audio inputs, and an Infotainment system with voice command. These are just a few of the features that make these cars highly desirable, even when they are several years old.

Practical cars that are good on gas are more likely to retain their value as they age. Most Mazdas are designed with fairly impressive fuel economy. For instance, the 2019 Mazda 6 has a fuel economy of up to 35 miles per gallon on the highway. While this is a far cry from a hybrid or compact car, it’s still not bad at all. 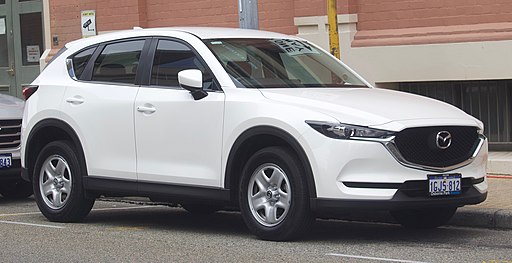 There are some Mazda models that tend to have a higher resale value than others. It is crucial for you to keep this in mind when you are shopping around.

The 2014 Mazda 2 features front wheel drive as well as a 1.5 liter engine that is capable of 100 horsepower. It is also available with a five speed manual transmission, for those who want full control. This car has a very sleek design with impressive overall craftsmanship. This is why it is one of the pricier used cars on the market today.

The Mazda 3 is another car that is known for keeping its value long after being driven off the lot. It has received a number of awards for safety and reliability over the years. In fact, ALG listed this model as their top pick on a list of compact vehicles. They state that it is one of the best cars on the market with regards to retaining value over the long term.

The 2020 Mazda CX5 is expected to have one of the highest resale values of any car of this year. It features a 1.6-liter turbo engine that is capable of 146 horsepower. While it might not be the most powerful vehicle ever made, it is incredibly reliable. The engine hums quietly, but it can accelerate from 0 to 60 mph in just 8.1 seconds.

There is also the 2019 Mazda MX-5 Miata, which is pretty much the apex of engineering. It features a slew of modern features and state-of-the-art technology. This includes blind spot monitoring, rear cross traffic alert, and low-speed automated emergency braking. It also has built-in Bluetooth connectivity as a standard feature. The value of this vehicle is not going down anytime soon.

You won’t find a lot of major problems with most Mazda models, but some people do claim that they have a tendency to rust fast. You can limit the amount of rust that forms on your vehicle by washing it regularly and keeping it in a garage during the winter months. You’ll want to keep in mind that each model has its own unique issues, but virtually none of them are very serious.

One of the great things about Mazdas is that they don’t have a long list of horrifying problems they are known for like other brands.

Mazda vehicles in general seem to retain their value better than many others on the market. The resale value of them varies widely, depending on the model, age of the car, and lots of other things. Those who take good care of their car over time will be able to maintain a reasonably good resale price for it. These cars aren’t fraught with all sorts of issues like so many others you will find on the road. They are also loaded with highly desirable features that lots of people look for. There is also the fact that Mazda uses the last technology when manufacturing their vehicles.

Can I use Dawn to Wash my Car?