Why Did Toyota Stop Making the FJ Cruiser?

The Toyota FJ Cruiser was first introduced in January 2003 during the North American International Auto Show.  After fans raved over it, production for this vehicle was approved.  However, after the 2014 models were made, Toyota pulled the plug on further production.  Why did Toyota stop making the FJ Cruiser?  Here we will explore this question that many have asked.

What is the Toyota FJ Cruiser? 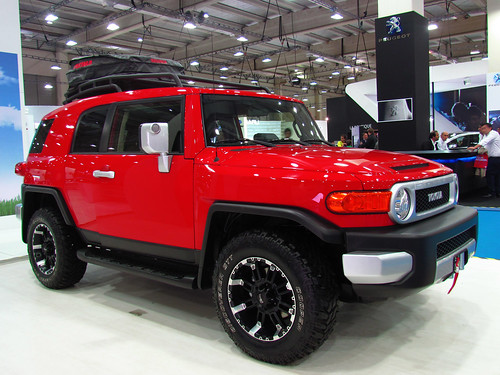 The Toyota FJ Cruiser is a midsize SUV that has a retro look to it.  It was designed by Jin Won Kim in 2002 in Hamura, Tokyo, Japan.  This 4 door jeep is a front-engine, rear-wheel-drive, or 4 wheel drive.

The exterior of the FJ Cruiser has a stocky frame with a short wheelbase.  The headlights are much similar to the FJ40.  Toyota is spelled out on the grille and does not have the corporate emblem as other Toyotas do.

A stronger type of steel was used in the production of this vehicle so there is side impact protection.  This allows the SUV to not need a door pillar.  The rear access opening door provides a tremendous look to the Cruiser.

Producing 239 horsepower, this Toyota has a 4.0-liter V6 engine.

There are many throwbacks to previous Toyotas.  The FJ Cruiser has an almost vertical windshield featuring 3 wipers to cover the maximum surface area.

Off-road practicality was used as the focus of the interior of the Cruiser.  A washable rubber material was used to cover the entire interior surfaces.  This allows for fast clean up after using the FJ Cruiser during intense outdoor outings.  Drivers who have gloves on appreciate the oversized controls.  The interior also boasts a 110-rear volt outlet and a three gauge cluster, which included the temperature, compass, and an inclinometer.

What made the Toyota FJ Cruiser appeal to others?

There were many aspects that appeal to those that purchase the FJ Cruiser.  One huge advantage that this vehicle has is the rugged build.  Those that fancy off-roading were pleased with the way the Cruiser handled rough terrain.  It was designed to drive well over steep inclines and rocky hills.  And if you are worried about damaging the underside of the SUV, do not be!  There is enough clearance angle to drive across difficult terrain.

In only 7.7 seconds, the JF Cruiser can go from 0 to 60 miles per hour.  It also has the capability of switching between automatic and manual transmissions.

Some loved how reliable the FJ Cruiser is or how it handles well, while others were amazed by how it could go anywhere, yet still be a daily driver.

What are the pros and cons of owning an FJ Cruiser?

Many people say there are pros of owning an FJ Cruiser.  One that we heard quite often is how comfortable this Toyota is.  Others have said that the SUV is quiet, looks amazing, and can haul around a lot of things.

Standing water is no issue for this Cruiser.  It can easily drive through 27 inches of water because of the high-mounted, electricity resistant tech.

In 2007, there were optional side curtain airbags for both rows, along with side torso airbags.  The following year, Toyota added both of these as a standard to their 2008 model.

The Insurance Institute for Highway Safety awarded the FJ Cruiser it’s Top Safety Pick.  In front and side-impact ratings, this model received a good rating.  In both 2008 and 2014, the frontal driver received 5 stars, with a frontal passenger rating of 4 stars.   In 2014, it received a good rating for moderate-overlap frontal-offset, side-impact, and roof strength.

Ample leg room was also an issue that some did not care for in the backseat.

Why did Toyota stop making the FJ Cruiser?

Another reason as to why the sales dropped is because the Cruiser had poor fuel economy.  At this time, there were rising gas prices and people just could not afford to purchase a car that burned that fast through fuel.

There was also competition from Jeep Wrangler at the time that Toyota ceased making the FJ Cruiser.  With this increase in competition, it was harder for Toyota to sell as many of the SUVs.

The Toyota FJ Cruiser is an SUV that many love.  It has an appealing look and style that made it great for crossing difficult terrains.  However, Toyota did not see the point in keeping the Cruiser in production when the 4Runner, which is very similar to the Cruiser, was selling more.  As the design on this SUV was aging, instead of spending the large sum of money to revive it, Toyota simply chose to pull it off the market.   Perhaps in the future, Toyota can work on a better way to market them to possibly bring the FJ Cruiser back into production.

How to Put a Jeep Wrangler in 4 Wheel Drive

How to restore grey plastic bumpers