BMW is a famous and luxurious German automobiles multinational corporation. They manufacture luxury motorcycles and cars as well as other vehicles. It was established in 1916 and used to produce aircraft engines in the beginning. Its headquarters are in Munich, Germany. It is the 12th largest producer of vehicles in the world.

Contents hide
1 History of Mini
2 Why is Mini essential for BMW?

On the other hand, Mini, popularly known as Mini Cooper is a famous British automobile marque. It was established in 1969 and was originally a range of small British cars produced by British Motor Corporation. Since then they have merged with a lot of other car brands- in 1968 it formed British Leyland after joining with Leyland Motors.  Then in 1986, after the break-up of British Leyland, it got joined with the rover group. The production of the original Mini was continued till 2000.

The cars produced by Mini were considered an icon of driving culture in Europe in the 1960s. The car had a front-wheel layout for driving to fit maximum baggage in the trunk of the car. This influenced the design of other small cars in the market like Volkswagen Beetle, but the Mini models outweighed and surpassed their competitors and rivals. BMW’s buying of Mini contributed to the expansion of Mini into the United States as well. BMW added various impressive features and revolutionized technological aspects into the Mini models like various driving modes, twin power engines, and other specs which made Mini a luxurious car brand. Even though Mini had a change in various owners, it found its channel with BMW.

Why is Mini essential for BMW?

There was no immediate impact on either of the brands when BMW first acquired the popular marquee, Mini. This was because Mini used to still manufacture cars that were particular of its heritage and there were very few BMW features in them. However, currently with the shared engines, platforms as well as other features the bond between them is extremely evident and apparent. This bond is very important and essential to BMW for a lot of reasons. Even though few BMW fans criticize this bond between BMW and Mini the British company is vital in future endeavors and success for BMW. Some of these reasons are as follows- 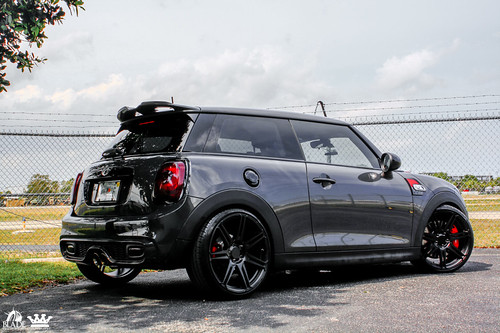 Hence, Mini serves as a medium through which BMW can penetrate all parts of the prestigious automobile market and it also facilitates the introduction of new platforms, technology, and features. Hence, there is an expectation that there will be a long and a fortunate partnership between Mini and BMW in the future.