Building a great and powerful car is not just about stuffing the most powerful engine in it and expecting your family car to take on the likes of sport or racecars. If that were at all possible, we would not need automotive engineers and would most certainly not be having so many types and categories with varying price tags to choose from. While deriving the maximum power possible from the engine, a lot of other factors and considerations also have to be kept in mind. 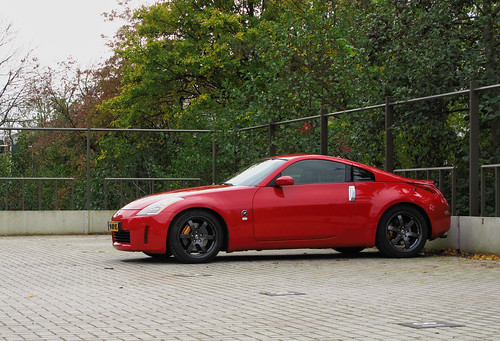 If you are looking to tune your vehicle for better performance and to force more power from its engine, allows us to burst your bubble because that’s just not possible for had there been scope or room, then the designers and factory engineers would have surely made sure to squeeze every last drop of power in its production. Fine-tuning it externally shall either bear no good or it shall bring about an increase in the performance and power delivery but it would be too minuscule to note. You may try one or more of the following ways to derive more power from your engine, but make sure you don’t push it over its limit, for then you’ll only end up spending more to get the engine repaired. Discussing these ‘limits’ is beyond the scope of this article so kindly do your research before venturing into the unknown.

This milestone that we are talking about is the 1KWHP figure or the 1000HP figure. Yes, you read that right! A thousand horses in a car. Even for the non-automobile fanboy in you can very well picturize and running the aforementioned scene in your heads. At this point, you probably also want to experience the thrill of sitting above 1000 horsepowers and watching the world fly past you. For drag cars and racecars, this milestone is not a milestone per se, but apart from such monstrous vehicles, very few cars proudly carry the tag of hitting that golden sweet spot. One of the vehicles belonging to this hall of fame is an unbelievable entry – the Nissan 350Z. Who would ever believe or fathom the fact that a 22-year old engine could be capable of touching the golden number. Let’s take a deeper dive and glance at this fact.

History and the advancements

The Nissan Fairlady Z (Z33) better known as the 350Z is a sports car from Nissan that was manufactured from 2002 to 2009 mainly in two models – the hatchback and the roadster and is the fifth generation of the Z-car line from the manufacturer. The stock engine of the sports car was originally powered by 287 horses. An updated model of the car saw an updated model of the same engine that was now powered by 300 horses. Other than the standard mainstream models, the car saw a lot of other special and concept models as well. Some of them included-

There are many other models as well, but all of them are mainly equipped with the engine of the models that we discussed.

So far we saw that even the highest-performing 350Z was limited to a maximum of 383 horses of power. So how could anyone have increased its performance almost threefold? That’s a bewildering question and thought, but given that a bunch of people have managed to fine-tune the performance of their 350Z’s and achieved that lofty milestone. The thought becomes even more indigestible when you consider that people managed to do what the factory engineers could never even dream of. How exactly did they do it though? We’re no experts in automobile engineering or anything but we go out on a limb to assume the following reasons for the same-